Chile must attract the best to the teaching profession 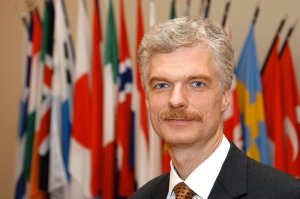 Andreas Schleicher, Deputy Director for Education and Special Advisor on Education Policy to the OECD’s Secretary-General, has declared that Chile should embark on a campaign to obtain a better education system. He assured that compared to other Latin American countries, Chile has made gains according to PISA results; however, compared to economically developed countries, Chile presents much lower scores, and much higher disparities. Social context, such as public versus private education, has an impact on academic performance that is more significant than in many other countries.

Schleicher proposed measures to avoid the conditioning of the academic future of students according to social class. Additionally, Schleicher declared that Chile must attract the best to the teaching profession and place them in schools most in need of improvement to lessen current disparities.

Schleicher also professed modifications to the PISA test. He stated that in 2009, many students used computers and PISA assessed their ability to read digitally. In 2015, they will be evaluated on their ability to solve problems collaboratively and in  context.

This entry was posted in Newspaper Articles and tagged Chile, education, OECD. Bookmark the permalink.