In the 2013 state budget, the Norwegian government has proposed an increase in funding for Folk High Schools due to an increase in the number of students recent years. Folk high schools are a one-year boarding school system based on the idea of learning for life, not only for occupations and college degrees. Students are assessed based on their individual ability to take action and responsibilty for their own lives. Reflection and insight into life’s possibilities and individual wishes are central elements in a year in a Folk High School in Norway. 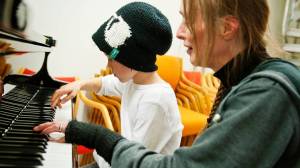 Starting in autumn 2013, there will be one lesson a week of cultural/arts education at primary schools and after-school clubs (years 1-4). The proposed budget for this is NOK 73.8 million. Parliament member Jette F. Christensen points out that lessons will be a full 45 minutes, and that the Ministry of Culture will legislate hours so that these classes become permanent. While those in favor of the plan do not believe it will involve additional work for teachers, Conservative party spokesperson Elisabeth Aspaker (a former teacher) expressed her concern that the municipalities will incorporate arts education with uneven results.

Arts and Cultural Education in Norway, a study by Professor Anne Bamford, 2010-2011