(links to articles are embedded as hyperlinks)

This month’s scan of recent educational research and news reveals a number of inter-connected issues that are arising in different places around the world.  In part one of this month’s scan, we highlight teacher and student protests, the role of teacher unions, and the uses of educational funding. Part II, which will appear later this week, will share reporting on issues of curriculum, testing, teacher and school evaluations, and higher education.

Ongoing protests highlight a globalized concern surrounding the issue of access to high quality education. Student protests in countries such as Portugal, Chile, Bulgaria, and Spain, focus on changing the system in ways that allow greater opportunity for access, while teacher protests Spain, Greece, and France, aim to preserve an established system now threatened by austerity measures. These protests highlight issues dominant in global news reports in recent weeks, such as the role of teacher unions and educational funding.

The Role of Teacher Unions in Ed Reform: Mexico and South Korea

Mexico recently witnessed the arrest of Elba Esther Gordillo, long-time president of Mexico’s teachers’ union. Charged with organized crime, Ms. Gordillo’s arrest was widely seen as a boon to education reformists and government officials because it called into question the integrity of unions and provided an example of the disruption of “business-as-usual,” at a time when the government is imposing drastic new reforms. Union leaders say these reforms will lead to students having no guarantee of free public schooling; however, the arrest of Gordillo highlights Mexico’s struggle with corruption, seen by many to be the main prohibitor of change. Two recent studies published by the Asia Pacific Journal of Education, found that school reformers should be “advised to rethink the school change model design in a way of fully capturing human aspects in the reform process.” Nevertheless, we can see direct examples of government threats against unions in South Korea, where teachers are now fighting against government efforts to withdraw recognition of the teachers’ union, and in South Africa, where politicians and lawyers are fighting to have education declared an “essential service,” a move that would make it illegal for teachers to go on strike.

While most student protests demand affordable higher education, many governments are focused on providing free education to children of all ages. One example is India, where the Karnataka High Court has declared that all private school students between six and 14 years of age are eligible for free education, not just those from poor families gaining admission under a 25% quota fixed by the Right to Free and Compulsory Education Act. However, it is also interesting to note that India’s private schools are expanding and raising their tuition rates. According to L.R. Shivarame Gowda, chairperson of the Joint Action Committee of Private Schools, tuition hikes are necessary for providing quality education: “The numbers of private schools in the city are multiplying, so schools need to provide better facilities to keep in pace with the development and retain students.”  In Japan, the issue of educational funding has become more political, as the government has decided to deny North Korean schools access to their tuition-free program. Education Minister Shimomura presented his view that schools under the influence of the General Association of Korean Residents in Japan conflict with the Fundamental Law of Education which calls for education free from any undue political influence. As reported in the International Review of Education, China’s private universities offer an example of institutions that struggle financially, yet provide the people with alternatives that might ultimately allow more students to benefit from the advantages of higher education; however, China also provides an example of how funding alone might not provide children with the education they deserve. The country’s system of residential registers favors those who live in big cities – a holdover from the era of a planned economy, originally used as the basis for rationing of food and other necessities – is fast developing into a serious social issue. 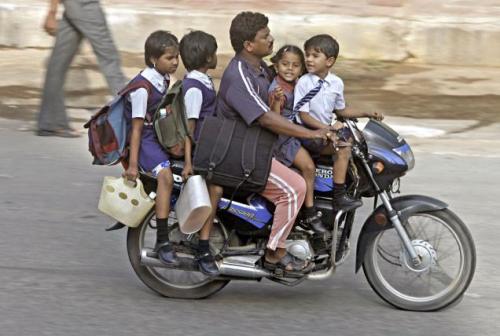 One response to “Scan of Ed News: Protests, Unions, and Educational Funding”