Headlines Around the World: Back to School Edition

Schools around the world get started at different times of year (this Wikipedia page offers a calendar with a partial list) but here in New York City students head back to school in September.  Therefore, we did a quick scan to see what’s being written about the start of school in different places. 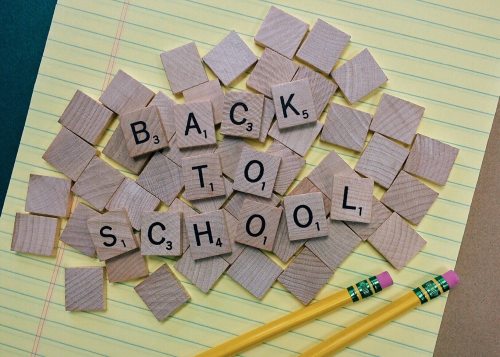 Some basic tips on adjusting back to the daily school routine (CBC)
Back to school? Here are some tips to help you and your kids get back to sleeping easy

As they head back to school, families face an increasing burden of paying for everything from school supplies to extra-curricular activities (CBC)
Back-to-school bills and unexpected fees dividing classes, says youth advocate

France has banned mobile phones from schools this year (The Strait Times)
Back to school for French kids, without their phones

A poll finds that as students in England head back to school, nearly half fear returning as a result of bullying (Telegraph)
Half of children worried about returning from school holidays because of bullying, poll finds

The BBC offers a short quiz to help parents and students get ready for heading back to school (BBC)
Back to school: How much do you know?

An article from the Brookings Institution about different issues to watch in the new school year (Brookings)
As kids go back to school, these are the education story lines experts are watching

A back-to-school reminder of persistent school segregation across the country (Hechinger)
Take a closer look at those back-to-school photos: Is something missing?

Students in a number of districts are returning to a new schedule as some schools are set to begin later in the day
Students catch extra winks with later start times for new school year (Burrell school district, Pennsylvania)
Students Head Back To School, Some With New Start Times (CBS, St. Paul, Minnesota)

However, many schools have started earlier in the year, including a few places starting before Labor Day for the first time
Back to school coming earlier for more Michigan students (Michigan)
Elected officials, students, families rings the bell to start off new school year (Philadelphia)

In Tacoma, WA students will not head back to school as teachers strike for better pay (USA Today)
Teachers are striking again; in Tacoma, they’re prepared to picket for weeks
Students in Los Angeles are already back in school, but teachers have authorized a similar strike (LA Times)
L.A. teachers authorize strike as tensions rise

Teachers and other school employees in Chicago face issues with receiving clearances (Chalkbeat)
Chicago schools start Tuesday, but 511 employees don’t have clearance yet