New Gaokao in Zhejiang China: Carrying on with Challenges

Here in the U.S., it can often be difficult be difficult to find information on educational changes in China. Helping offer insight and resources, we are welcoming two new corresponding editors for China to International Ed New. This week, we feature a post from Aidi Bian on changes in the National College Entrance exam in China. Aidi is a master’s student studying Learning Analytics at Teachers College, Columbia University.  In the future, we will occasionally feature posts from Aidi and others on educational issues in China. 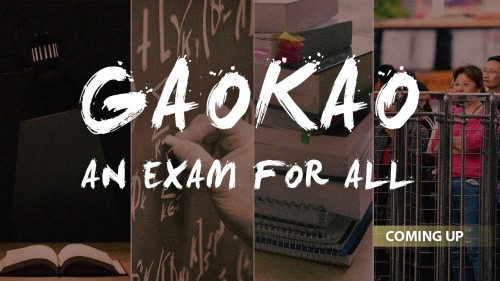 China’s education system has had a well-known focus on tests and exams.  However, with Shanghai’s high performance in Programme for International Student Assessment (PISA) tests, Chinese educators and policymakers have expressed concerns that the emphasis on standardized tests limits the development of the skills Chinese citizens will need to compete in a globalized world. As a result, over the past 5 years, policymakers in China have been making a series of changes in the National College Entrance Examination (referred as “gaokao” in Chinese), which guides elementary and secondary education.

The State Council published the official document for guiding the Gaokao reform in 2014 and required provinces to adapt the reform based on local context. According to the schedule, the first steps were to be taken by Zhejiang and Shanghai in 2014, with Beijing, Tianjin, Shandong and Hainan following in 2017. So far, the reform has become the most significant change in the Exam since 1977. Yet, these changes are not without challenges and problems. Among 18 originally scheduled provinces, only 8 had started the new policy by 2018.

Zhejiang was one of the first provinces carried out the reform. Major changes in Zhejiang gaokao include: 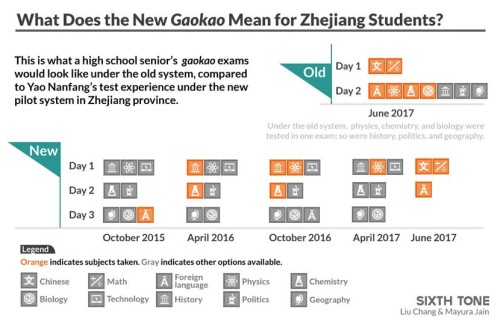 Although these changes were designed to give students more flexibility in selecting subjects that match their interests and to reduce pressure, schools have found the new changes have led to some unanticipated developments:

In Zhejiang, the response to these concerns has already begun.  After the first 3-years of implementation,the Zhejiang government issued new guidelines revising key aspects of the original gaokao reform. For example, to encourage more students to take physics, the Zhejiang established a new policy giving students taking physics a better chance to get a high ranking score. Other provinces are also working on better preparing and implementing the reform based on experiences and problems learned from the pioneer cases, including organizing visits and trips to schools that are successfully responding to the reform.