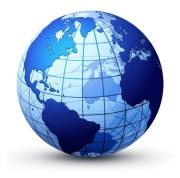 Over the past two weeks, reports in the news have revealed that many countries around the world are addressing issues of curriculum, and teacher and student protests.

Upon surveying primary teachers, the Scottish government has discovered deep concerns over the level of resources the government will provide to support the new Curriculum of Excellence. In Denmark and France, academics are concerned about plans to teach in English, yet Malaysia is introducing new English tests for young teens. The French government plans to give children lessons on “dignity, freedom and equality,” while in Japan and Russia, debate rages over the content of history textbooks.

On April 2, Danish teachers were “locked-out” of school by the Social Democratic Party government because they rejected demands that they work extra teaching hours. With nearly 69,000 teachers barred from classrooms, 900,000 students could not go to school for almost one month. As a result, Denmark saw teacher protests and a recent survey revealed that Danish teachers have lost faith in their government.

In Chile, students have been protesting private universities, fighting for an improved and free education, which has led them to be called  a “generation without fear.” Meanwhile, teachers in Mexico showed their anger with recent state education reforms by storming the offices of four different political parties. Spain’s education community is planning a peaceful strike for May 9th in rejection of the Education Ministry’s reform plans.

Posted on July 9, 2012 by internationalednews | Leave a comment
Changing evolution theory to creationism in textbooks, that is ridiculous around the world (in Korean)
Chosun Ilbo (6 June 2012)

Controversy has ensued as to whether the biology textbook should change its coverage of evolutionary theory to creationism.  The Unified Association, along with those who refute the biological theory of evolution, urge that creationism be instituted in schools.  Biologists, however, say that if evolutionary theory is replaced in textbooks, it will be a “nonsense” event.  As a result, the biologists are insisting that no change be made in the textbooks, ensuring that creationism is still taught in schools.

The following video highlights the debate over the textbook debate in South Korea: