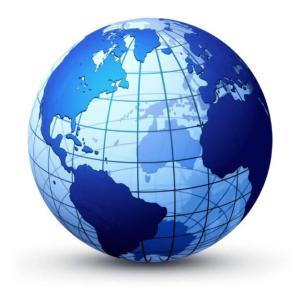 In 1994, UNESCO declared October 5th World Teachers’ Day in order to call attention to the fact that “all over the world, a quality education offers hope and the promise of a better standard of living.” UNESCO identifies teacher shortage as a major problem in 2012, and recent reports confirm their claim. In the latter half of September, teacher shortages were reported in countries such as India, the Dominican Republic, and in a total of 114 countries worldwide. This fact presents a significant problem for countries such as North Korea, Brazil, South Africa, India, and Barundi, which have all made efforts to increase the amount of time students spend in the classroom. In contrast, Spain has seen education cuts that have left many teachers desperate for work, Guatemala has instituted new teacher education requirements that make it more difficult, and expensive, to enter the teaching profession, and Austria’s conservative party (ÖVP) has proposed a radical reform (“Mission Austria 2025”) that would alter teachers’ working conditions, including an increase in the number of hours teachers spend in the classroom.

Several reports have also shown that many countries have differing opinions about the ease of access to education through testing. While the UK has been debating whether or not it would be “cruel” to make university entrance exams any easier, India has taken steps to ease the entry process.  Ultimately, the UK decided to replace the GCSEs with an English Baccalaureate Certificate that officials say will raise standards and streamline a overly complicated system. In a similar move, South Korea adopted a new English-language exam (NEAT), which they intend to use in place of  the American TOEFL exam in the college application process in 2013.

Meanwhile, countries such as Vietnam and Malaysia have been looking for ways to make school curricula more creative and interesting to students, in a move they believe will foster higher order thinking and cut down on test-prep approaches to schooling.  Sweden is going so far as to rethink school building design in an effort to promote collaboration and creativity in primary school students, while South Korea is implementing policy that aims to prevent excessive “prior learning,” or tutoring, sought by parents in an effort to make sure their children are well-prepared for upcoming high-stakes tests. The high standards that many countries have put in place to promote academic achievement have led countries such as Romania and Switzerland to seek vocational alternatives to higher education.

The Dutch Department of Education is increasing the minimum number of teaching hours for secondary education.  Schools will be required to provide at least 1,040 teaching hours a year, an increase from the former minimum of 1,000 teaching hours.  This policy change is not without criticism, though: “The outcome of today means that the quantity of hours prevails over quality [of hours].”

Andreas Schleicher sums up and distills lessons arising from his visit to schools and educational institutions in Singapore as a Visiting Professor.  According to Schleicher, “If I had to summarise what I learned in one sentence, this is a story about political coherence and leadership as well as alignment between policy and practice; about setting ambitious standards in everything you do; about focusing on building teacher and leadership capacity to deliver vision and strategy at the school level; and about a culture of continuous improvement and future orientation that benchmarks educational practices against the best in the world.”  But, according to Schleicher, Singapore can learn much from the rest of the world as well.  For example, Singapore could learn how to unleash greatness from Finland and overcome social disadvantage from Ontario, Canada.

Debate around English educational policy makers plans to adopt aspects of policy from Singapore, mostly due to Singapore’s continued and consistent performance in testing (especially Mathematics), abound.  Ruth Merttens, a professor of primary education and the Director of the Hamilton Trust, argues the importance of local and national context when looking to apply policy across borders and warns against the adoption of policy that undermine the strengths within the English approach to teaching and learning.  Regarding memorization, for example, she writes, “I and many others in education enthusiastically advocate both a greater emphasis on memorisation and rote-learning within the mathematics curriculum, and also for more time in the school day to be given to mathematics. However, we are aware that this focus on memory runs counter to prevailing cultural mores, where the need to ‘learn things by heart’ is increasingly diminished by the ubiquitous presence of hand-held and ever-accessible technology. Control of these cultural behaviours is not, alas, within the remit of schools.”

What’s going on in Ontario’s schools?  Part One contains responses to this question from a teacher, an administrator, and two parent leaders; Part Two includes contributions from Professor Michael Fullan, a professor emeritus at the Ontario Institute for Studies in Education of the University of Toronto and current special advisor to the premier and minister of education in Ontario, and readers.  Professor Fullan writes, “Unfortunately some countries in a hurry to address the issues get the solutions wrong.  I call these mistake ‘wrong drivers for whole system reform’.  Drivers are policy and strategy instruments designed to ’cause’ improvement in the system.  A wrong driver is one that does not work; a right driver is one that does produce improvement.  In our work on system reform we have been sorting out what drivers work and which ones do not.  This is our conclusion: excessive accountability, individualistic strategies designed to increase human capital, technology and ad hoc policy solutions waste valuable time and resources and often make matters worse.”  Other respondents point to support for teachers and involving students in the creation of assessments as reasons for the success of Ontario schools.

The following video provides an overview of some of the items discussed in Part One and Part Two of “Factors Behind The Success of Ontario’s Schools”:

Posted on April 10, 2012 by internationalednews | Leave a comment
Majority against the idea that schools should start later (in German)
Der Standard (5 April 2012)

The usual starting time for schools in Austria is 8 a.m.  Education expert Andreas Salcher, also a former Austrian politician, argues that children cannot concentrate at such an early time and demands a later start. However, a recent poll among Austrian citizens reveals that 69 percent are against postponing the start of the school day to 9 a.m. and the president of the school inspectors points to the fact that working parents will face severe problems if school starts later. The Minister of Education indicates that the idea can be discussed among school partners, but for the time being is not being addressed in the Ministry.

Posted on April 1, 2012 by internationalednews | Leave a comment
Teaching technology: we need a digital revolution in the classroom
The Guardian (31 March 2012)

Recently, the government has “thrown out the old syllabus” to institute a new system of education in England.  This editorial challenges the government to change the ways that computer technology is taught in schools, ensuring that students know more than typing in a word processor and downloading an app for the iPhone.  The editors want students to understand that computers are tools that can be programmed and critiqued.  They also want students to learn programming skills in schools.  But, the editors remind governmental leaders that effective change is more than rhetoric: “Ultimately, as anyone who has worked in education knows, fine intentions count for little without the human resources to back them. In this sense, bringing technological innovation and best practice to the classroom is much like the art of building a successful syllabus: the result should set good teachers free to teach, and enable the best possible use to be made of their time and attention.”   Furthermore, the editors remind readers that digital technology has been important for economic growth and political movements (e.g., the Arab Spring), thus providing compelling reasons to continue to teach about computer technology in schools.

Posted on April 1, 2012 by internationalednews | Leave a comment
Assessment does not improve quality of education (in Spanish)
Rojas, H.  Educacion a Debate (22 March 2012)

After 25 years assessing the school system, there are no indicators that those assessments have produced any kind of improvement, according to Hugo Aboites, an education specialist at the Autonomous Metropolitan University in Mexico City. As Mexico prepares for another round of standardized national assessment, this time linking results to individual teachers, the question still remains about the use given to the data collected. While the general director of assessment promises not to publish teachers’ names, scholars and educators remain skeptical.

Posted on April 1, 2012 by internationalednews | Leave a comment
Why we are wrong to rush children into reading
Lambert, M.  The Herald (1 April 2012)

This commentary asserts that “teaching someone how to read does not make them a reader. In fact, it’s Pavlovian: teaching a young child to read before they are ready might put them off altogether, because they experience this process as intense difficulty, and it takes at least two years before they begin to master the skills, by which time they have hardly associated reading and writing with pleasure and profit, quite apart from having their confidence severely battered.”  The author insists that students should not be forced to learn reading and writing until the second or third year of primary schools, insisting that younger children should be engaged in play.  He cites findings from PISA, including that only 46% of Scottish children only read when they had to and only 26% described reading as a hobby.  (See Scotland’s 2006 PISA performance here; see 2009 results here).  He advocates a system where the early primary years will be a time to instill “curiosity about the world, verbal dexterity and reasoning in describing it, storytelling in being imaginative with it, and a familiarity with the alphabet and different language forms, registers and modes.”  He believes this will help Scottish students gain the confidence and skills that would help them with reading and writing.